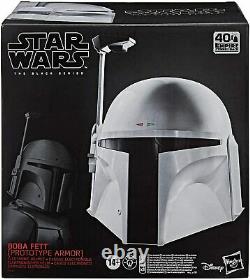 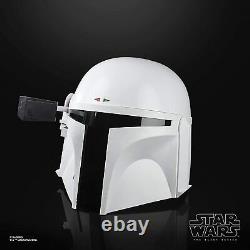 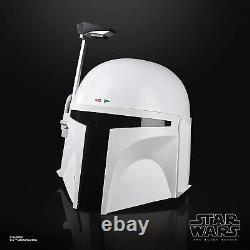 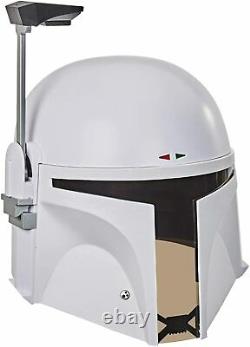 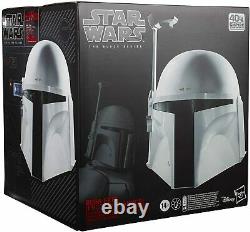 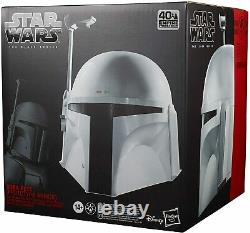 STAR WARS: THE EMPIRE STRIKES BACK 40TH ANNIVERSARY: celebrate 40 years of Star Wars: The Empire Strikes Back with The Black Series Boba Fett (Prototype Armour) Premium Electronic Helmet This helmet is great for cosplayers who want to paint it over to make their own Boba Fett helmet like the one from Empire Strikes Back. It is more or less the same, you still get all the paint chips and battle damage from the original Boba Fett helmet except they are painted over in white. The dent in the original helmet is also filled so it isn't in this version of the helmet.