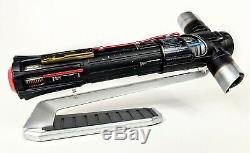 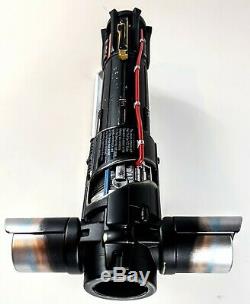 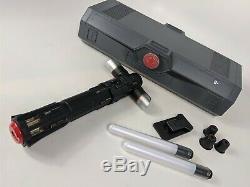 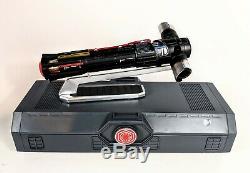 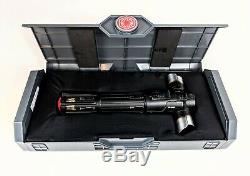 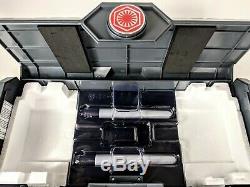 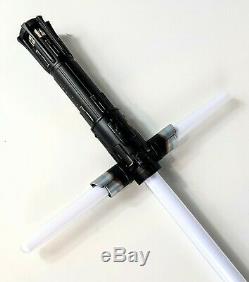 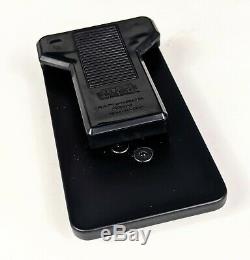 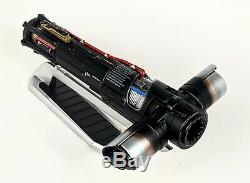 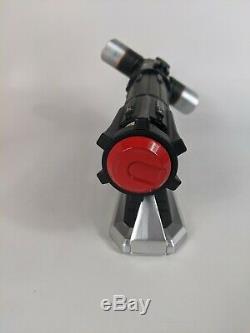 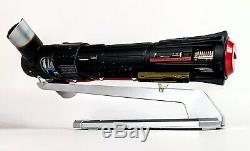 NEW SEALED Star Wars Disney Galaxy's Edge. Legacy Lightsaber + 36 Blade Gift Set. Kylo Rens crossguard lightsaber Debuted in The Force Awakens (2015). Sparking controversy when it was teased in 2014, Kylo Rens lightsaber is one of the most unusual in the franchise.

The distinct crossguard design is based off weapons used millennia ago during the Great Scourge of Malachor. Its origin was suggested in The Last Jedi (2017), where a similar hilt was used by Ren when he was a Jedi Padawan under Luke. Because it draws from a dangerously flawed kyber crystal, the hilt requires side vents to release excess energy.

Crystal activators split the emitted plasma stream into three channels, producing the crossguard blades. These side blades, or quillons, ignite after the main blade, and could also be used to hurt foes. Due to the crossguard, Rens lightsaber is the only one in Dok-Ondars inventory that includes accessory blades.

Batteries Included- unbox and power on. Comes with Clip & 2 Small Blades for the handle (See Photos). When a blade is attached to this hilt the color will be RED.